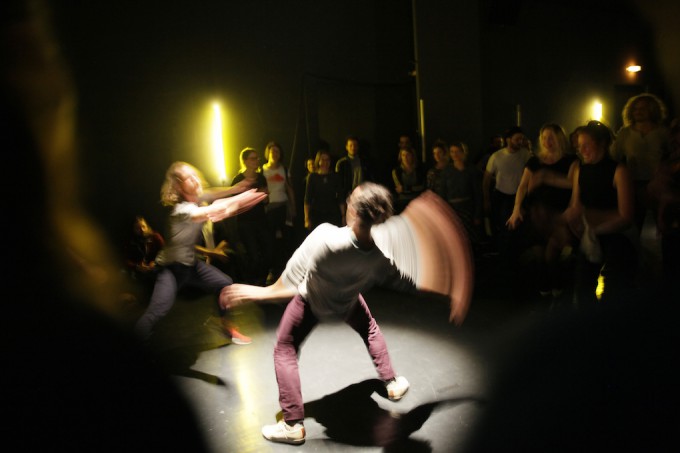 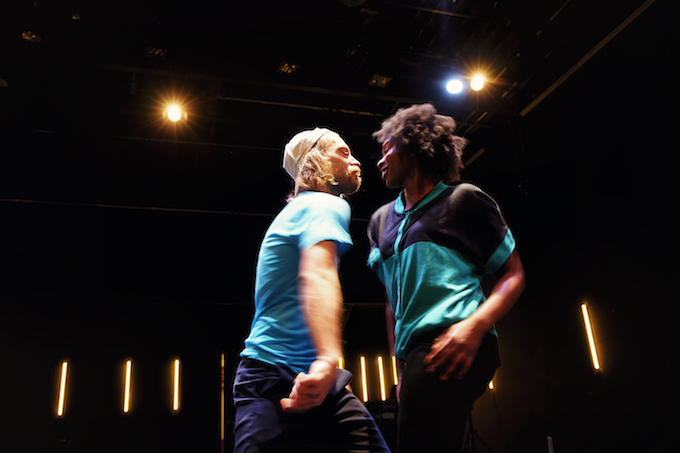 "In the beginning, there was Jack, and Jack had a groove. And from this groove came the groove of all grooves. And then one day while viciously throwin' down on his box, Jack rose and declared, 'Let there be House', and House Music was born. 'I am you see, I am the creator, and this is my house. But I am not so selfish, because once you enter my house, then it becomes our house and our house music. And this is fresh.'"
(Can You Feel it, 1986)

Jasmin İhraç's work On Confluence investigates the cultural praxis of House Dance with a group of five dancers, two musicians, one lighting designer and a dramaturge. It highlights the utopian potential of this urban danceform by looking at it as both a social movement and a dance style.

House Dance developed in the 1980s within the black, Latin@, gay community in the clubs of Chicago and New York as a dance based on the idea and practice of exchange. In the club, the momentum of freedom independently of heritage or class, was a contrast to daily life. On the dancefloor one could witness a collective of the many, a multiplicity of styles and the emerging of the idea that support is more important than competition.

The question of the collective is also a question of a person's freedom, boundaries and autonomy. The collective brings up the tension between individual freedom and social unity, between the one and the many, between the specific and the general. Collectivity is interesting if it doesn't mean the accumulation of competences, but the emergence of something new through cooperation and communication. Through dance we can experience this sensually.

Between party and performance, when movement, light and sound flow together, we invite the audience to be contaminated. When contemporary and urban elements cross, there comes a new groove and a different Jack. The Music to this performance is composed and performed by Brandt Brauer Frick’s Jan Brauer and Patrick Flynn.

Welcome to Our house.